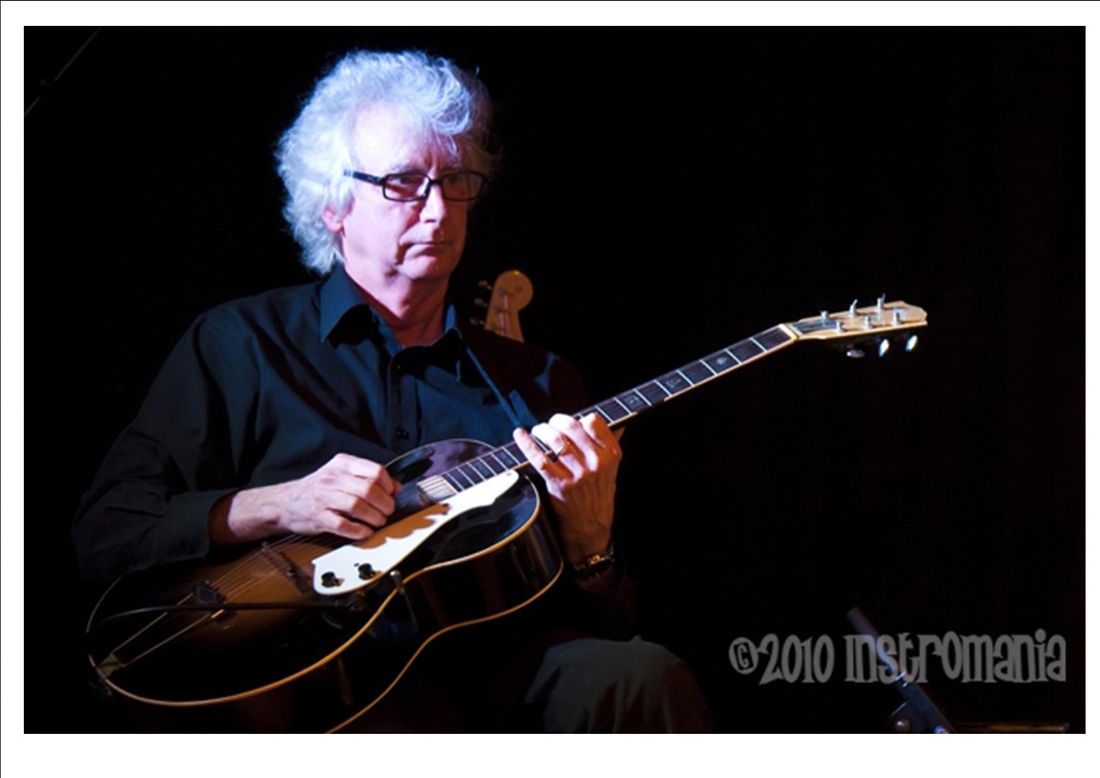 The Ben Rogers Trio album 'Windfarms of Your Mind' is a masterclass in mood, performance and dynamics.

The band is based in Melbourne and features Ben on guitar, violinist Romana Germans and Nikki Scarlett on double bass.

Windfarms of Your Mind is a series of short stories, each building a scene and a mood. Over the course of each song there’s a dialogue created between the performers that provides the narrative.

The joy for the listener is that each narrative can be interpreted according to how you hear it or see it. Images, film, colour. It all comes together with the added joy of hearing three highly skilled musicians playing music that comes from deep within.

The music itself is cleverly crafted and thoughtfully arranged. The song always comes first. Dynamics and tone, groove and melody.

His recording of a Django Reinhardt jazz standard is listed as a recommended version in a reference book published by Oxford University Press.

His style is uniquely his own, influenced early on by Duane Eddy, Shadows, and the Ventures, later honing his craft in a wide variety of bands and projects. Pub rock, jazz combos, Australian bush bands, blues, country, folk and original rock bands. A working musician in every sense of the word. He also spent many years performing 'hot swing jazz', inspired by his favourite guitarist, the great Django Reinhardt.

He’s joined by virtuoso violinist Romana Germans. Romana graduated from the Prague Conservatorium and has toured extensively with such diverse acts as The Czechoslovak Chamber Orchestra, The Australian Pops Orchestra, and country music artist Johnny Chester.

Before relocating to Australia her work in the Czech Republic included extensive orchestral recording sessions.

The trio is rounded out by double bass player Nikki Scarlett, who also plays with Bohemian Goulash and plays electric bass with a number of Melbourne acts including surf-rock band Instrumental Asylum and original pop band Dusty Springclean and the Pops.

Where it all began...

1961 - A vineyard in Coomealla - a rural settlement in the south-west corner of New South Wales, Australia. Itinerant grape picker spies an advert on the back cover of a Phantom comic book - “Learn to play guitar in three weeks!”.

Itinerant worker mails the coupon for a three-week instruction course and an acoustic guitar. Grape picker becomes guitar picker, and introduces guitar to 13 year old Ben Rogers, who is immediately hooked, and works weekends to save up for a guitar.

Unfazed by their lack of success in the Battle of the Sounds, the K’Motions carry on, playing more than 80 gigs within 12 months around north-west Victoria and the SA Riverland, including a residency at Izzy’s Hideaway (a “groovy” coffee lounge). Ben’s academic career never recovers...